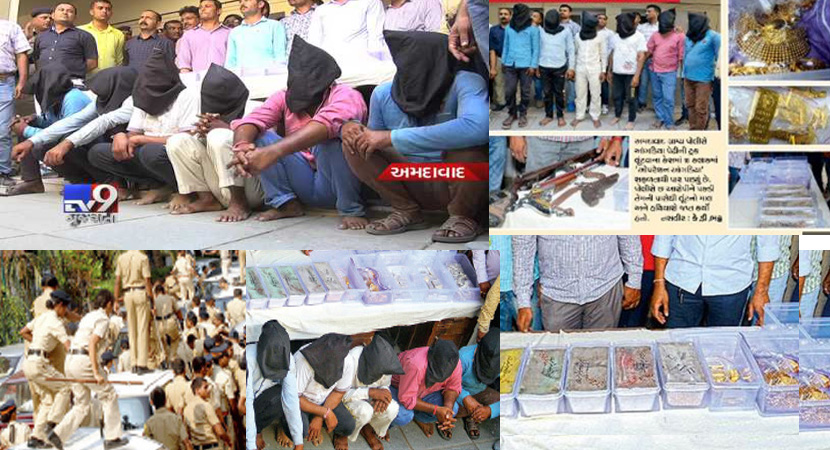 Ahmedabad: It was one of the major robberies in recent times not only for Ahmedabad district but also for Gujarat. Robbers stopped a truck carrying goods of various Ahmedabad-based angadia firms and fled with 27 packages worth Rs 5 crore, at 11.45 pm on June 3.

When Ahmedabad range IG K L N Rao and Ahmedabad rural SP Nirlipt Rai held a press conference on June 5, less than 48 hours after the robbery, they had already arrested six of the accused and had recovered valuables worth Rs 3.51 crore. Rao and Rai gave credit to technological help apart from hailing the teamwork of the police personnel.

The software deployed to crack the case, named MindSight, did wonders for cops in collecting crucial information within hours that put investigators on the right path. The software, prepared for Ahmedabad Police range, will be formally launched on June 14 by MoS (home) Rajnikant Patel and senior police officials.

While police officials refused to divulge much about the software functions, they said that it combines online and offline data and analyzes cellphone-related data in a unique manner. Rai said that police require data in a format that is different from that maintained by cellular services providers. The software presents data in a format that police can handily use. Rai said that inputs of personnel ranging from constables to SPs have been integrated on the basis of investigatory needs.